Touch plays such a vital and important role in our emotional state. While certainly not all touch is positive, the health benefits of being kindly touched has been proven time and time again.

During a hug we release oxytocin, which is also known as the love hormone. Oxytocin relaxes us, lowers anxiety, stress levels and blood pressure, and enhances our well-being. Depression, loneliness, anger and anxiety are sometimes rooted in being touch deprived. Furthermore, being hugged and kindly touched as a child is directly connected to our ability to self-soothe as adults. The bottom line is that we feel better when we hug and touch those we care about.

My thoughts were mulling over this topic during my meditation this morning when suddenly, my cat Rumi seemingly appeared out of nowhere and jumped on my lap. The timing was of no coincidence. He laid down and quite intentionally, to prove his point, put all four paws on my open hand as if saying, “I’ve gotcha covered. It’s all good.”

My heart immediately responded, and I could feel the release of the love hormone. Yes of course, I thought, animals to the rescue… again. Animals have always played a significant role in the emotional well-being of humanity. They are walking oxytocin, consistently gifting humans the loving power of touch at just the right time. 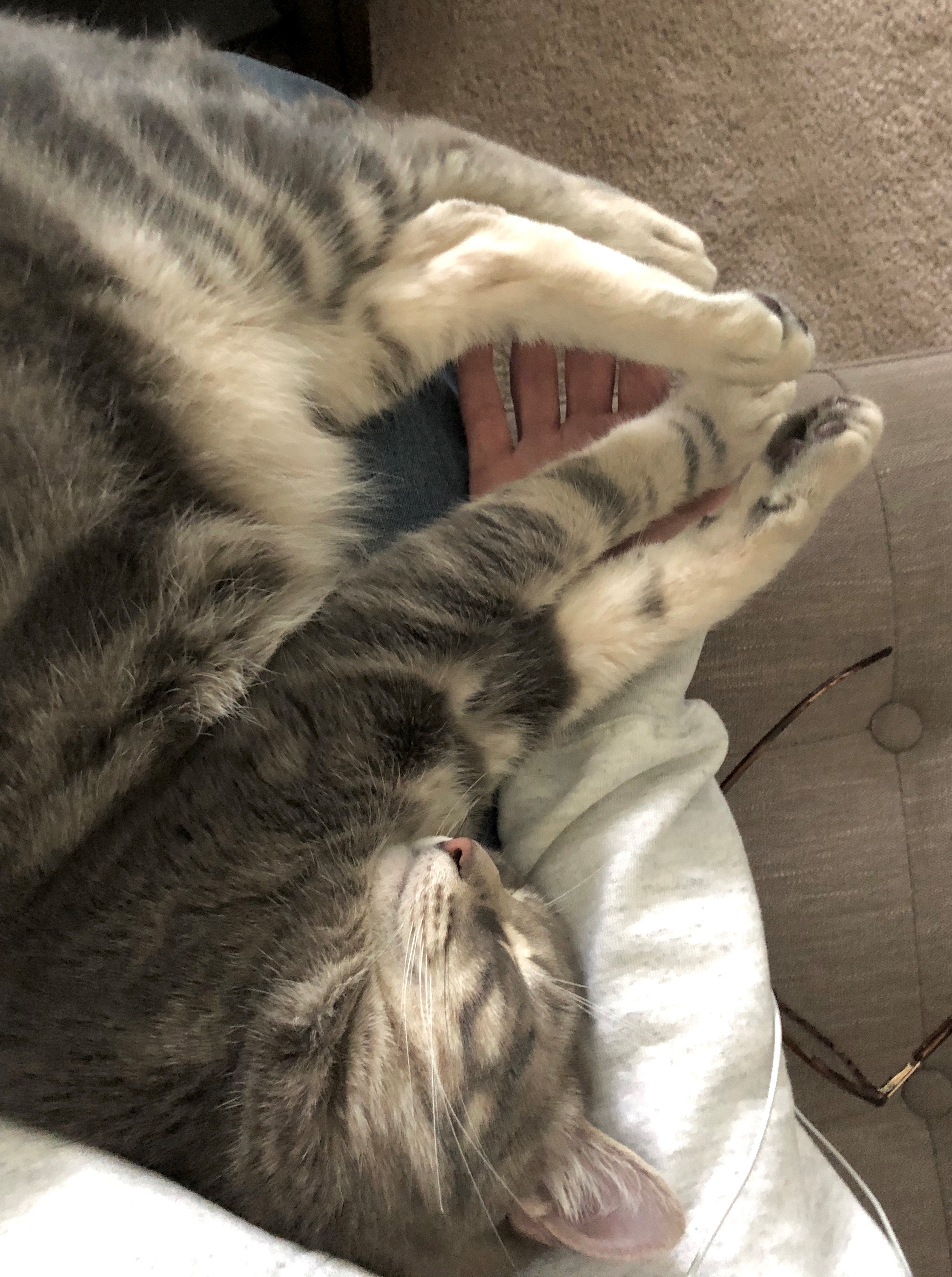 Our animal companions are instinctively aware of the essential need for touch. They are masters at providing loving touch and most are not shy about asking for it in return. You see, all mammals are sentient beings and have a version of oxytocin that is released during loving encounters.

During this unprecedented time of social distancing, the animal kingdom steps up to the plate and are willing participants to serve us. They have the ability to help us navigate our isolation feeling loved and connected to other beings. For they are experts on both subjects and model a way of being we humans can strive to emulate.

Sending you and yours love and blessings as you lean into the loving touch of your animal companions.
Tammy, Bodhi & Rumi

Better yet…grieve together. Perhaps you can both lay on the bed or favorite blanket of the animal or person that transitioned and release your pain through gentle tears. Switching the focus to your grieving process is the fastest way to help your animal heal and move through their grief. Your animal will not absorb any emotional pain that you are beautifully releasing in healthy ways; they are more apt to absorb what you are repressing.

When the beings around you are honored and respected via your giving them the space to grief, they will no longer feel the need to repress their pain so you feel better. Have compassion for yourself, knowing that you and your beloved animal will heal your hearts faster when you find courage to grieve alongside of them.

Heal with Your Pet

Find More on Healing with your Pet

Communicate with Your Pet

Find More on Communicating with your Pet

Get Your Paws on Wisdom Cards

Get product updates, gifts and find opportunities to participate.

Balance - Steady as She Goes For the month of September, 2019 Every month co-creators of the Divine Dog Wisdom Cards and Cosmic Cat Cards and Guidebooks Barb Horn and Randy Crutcher draw [...]

Two Dog Day- Resistance and Contentment For the month of September, 2020 Every month co-creators of the Divine Dog Wisdom Cards and Cosmic Cat Cards and Guidebooks Barb Horn and Randy Crutcher draw [...]

Grace For the month of August, 2020 Every month co-creators of the Divine Dog Wisdom Cards and Cosmic Cat Cards and Guidebooks Barb Horn and Randy Crutcher draw a card after asking for [...]

Enlighten Up is supported by